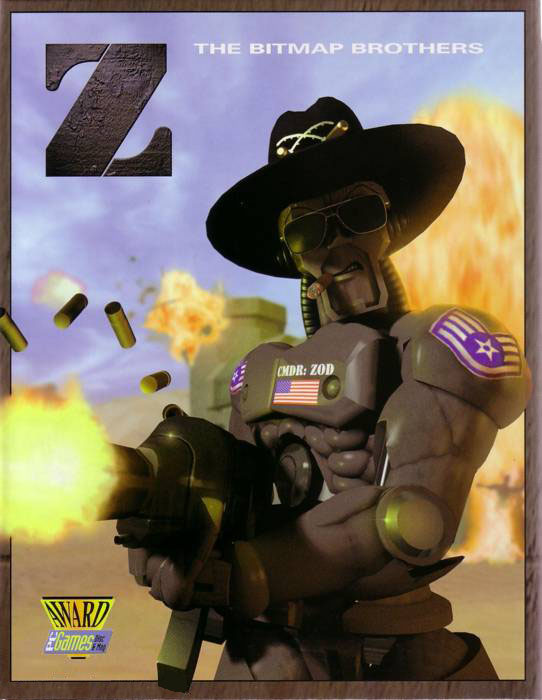 What the hell is Z? That’s right, there is really not much to associate with that letter. But then, in 1996 the Bitmap Brothers from the UK came out with this amazing real-time strategy game in which a “Commander Zod” plays a main (mean) role.

“Z” stands for the game in which the big time general commands a bunch of rude robots on some weird planets to fight some hair-rising battles against other robots. If you see or hear “Z” or ” Zod” anywhere in the computer game genre, this game is what it is referring to.

The first release of Z was based on DOS. Playing it under Windows 95 was possible but often very problematic. The Bitmap Brothers realized that the Windows platform was becoming much more popular and redesigned the game so it could be run under Windows 95. In 1998 they called the new version “Z95 + Expansion Kit” since they put some new levels, a Windows desktop theme and a multiplayer-level-editor on top. Z95 is still not a true Windows application though. For example you cannot take screenshots from the game using the Windows API functions. When the Windows 98 came out, the Bitmap Brothers even had to produce a little patch in order to make the setup routine work under Windows 98.

The game became very popular and so the Bitmap Brothers decided in 2001 to publish a completely new Commander Zod game, true 32-Bit Windows compatible and redesiging basically everything in it. The sequel ” Z:Steel Soldiers” unfortunately could not satisfy the expectations and is not successing Z95 successfully.

Still today I give this game 5 of 5 stars!