The independant company The Bitmap Brothers was co-founded in Wapping, East London in 1987 by Mike Montgomery, Eric Matthews and Steve Kelly.

Within a year their first game was completed and from the very start Xenon established them with a reputation as developers with an eye for detail and the ability to polish every aspect of a game to perfection, not to mention a knack for self promotion. In an unusual but very deliberate move they decided to include a digitized animation and a voice sample of one of the team to announce the start of every level. The game was a big success and gave the new developers the distinction of producing the first ever Amiga game to enter the UK’s All Formats Top 40. Its popularity also lead to it being featured on the Saturday morning childrens program ‘Get Fresh’.

In the same year their second game Speedball was released. A future sports game featuring the same quality of graphics and design, Speedball was another huge hit for the Bitmaps and showed that the first game was certainly no fluke. 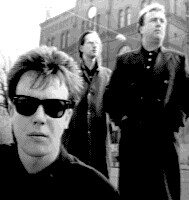 For the third game by the Brothers they decided to make a sequel to their first game Xenon. In a unique move for game developers, the Bitmaps teamed up with record label Rhythm King and Tim Simenon’s dance music act Bomb the Bass. The result was a game that not only outshone both their previous releases in terms of visuals and gameplay, but also for the first time featured ‘real’ music as you played, a remix of Bomb the Bass’s Dance hit ‘Megablast’ Xenon 2 was universally acclaimed and became an instant classic.The decision to include real music into their game was an incredible success and became a popular feature in some of their later releases with the Bitmaps working with Nation XII for both Speedball 2 and Gods, and remixing Betty Boo’s ‘Doin the Doo’ for Magic Pockets.

With their reputation quickly growing the Bitmap Brothers decided to work with the games magazines of the time by allowing them to feature preview demos of some of their upcoming games on coverdisks. Starting by simultaneously releasing exclusive demos of their next game Cadaver for the Amiga and the Atari ST, it would prove to be a very clever move by the Brothers and gain them even more recognition. 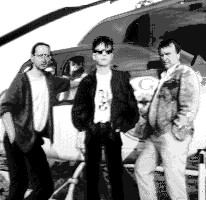 The success of their games, the promotion of Xenon and later Magic Pockets on the television, along with the ingenious idea of releasing preview tasters of Cadaver on magazine coverdisks, all combined to propel the team as individuals into the gaming publics awareness. This was always one of the aims of the Bitmaps as they believed that as developers they should be at the forefront, as opposed to just the software house taking all the credit. They became the first game development team to have almost a rock star image and were often seen in magazines wearing their trademark black shades while striking a cool pose for the camera, usually in a suitably moody black and white.The end of 1990 saw the release of the sequel to Speedball. For Speedball 2 Brutal Deluxe the Bitmaps enlisted the talents of renowned comic book artist Glenn Fabry. Fabry’s unique artistic style was used to produce the box art for the game and gave it a dark violent look that suited the theme of Speedball perfectly. Another well known comic artist, Simon Bisley, would later be called upon to produce the box art for Gods and an add on disk for Cadaver called The Payoff. The results are truly unique looking game boxes.

Before the release of Gods in 1991, the success of the Bitmap Brothers previous games allowed them to set up their own publishing label Renegade. The aim of Renegade was to provide a publisher for high quality developers that would give the teams a bigger share of the profits than the average software house. Renegade would go on to be a big success for the Bitmaps with some of the biggest games of the 16-bit era being released under its banner, not to mention all upcoming Bitmap Brothers titles which included Magic Pockets, Cadaver The Payoff and The Chaos Engine and its sequel.

From the start of the 16-bit era to its end the Bitmap Brothers produced classic after classic. Never before or since had there been a development team to produce such consistant high quality. With an unparalleled back catalogue, The Bitmap Brothers reputation was set in stone and still is to this day.

The success of the Bitmap Brothers can be attributed to the fact that they very cleverly marketed themselves as ‘star’ developers and took every opportunity to showcase themselves and their games to the public in both television and on magazine coverdisks. Along with this, every one of their games was given the same incredible levels of attention to detail, which made them stand head and shoulders above every other release of the time. As if this were not enough, they also managed to successfully create a classic game accross many different genres. There really was something for everyone in their catalogue, which ranged from Shoot-Em-Ups like the Xenon games to the isometric adventure puzzle games of Cadaver and The Payoff.

As well as being incredibly successful with the game buying public, The Bitmap Brothers also gained critical acclaim, with their games being awarded numerous awards for their technical and innovative achievements.

Then in 1995 the next major milestone was achieved with releasing the strategy game “Commander Zod” or just “Z“. The brilliant combination of humor, artificial intelligence and gameplay was never reached again, many say. The game became very popular quickly and in 1996 a sequel, especially made compatible for playing it under Windows 95/98 was released. Z95 also introduced 15 new and challenging levels.

A totally revamped 3D based sequel, Z:Steel Soldiers was brought on the market in 2001. Even though offering modern rendering technology and gameplay Z:SS never could follow in Z’s footsteps. It was too different from the original.

The years that followed saw the Bitmap Brothers split up and go other personal ways in the bunsiness. Mike Montgomery though held the fort of the Brothers working on different projects. In a conversation with the ZZone in 2004 he pointed out that he sees the amazing potential that still lies in the original Z and that he is working on plans for a revival.

The Z fan community did never fade away, even though the original game is 10 years old meanwhile. The ZZone, a Z website that slowly matured to the “official” fan website over the years, is serving an amazingly active fan community even today in 2006.

In June 2006 Mike Montgomery announced that he rejoined with John, one of the original programmers of Z to produce a Windows XP compatible release of Z with improved networking. They also have plans for a genuine sequel of the original game.

Unfortunately it never came to the reunion or the remake or the sequel in 2006. I guess you cannot just reunite and get the good old times back. What exactly the reasons were why it did not work out was never really revealed. Another 8 years have passed but what remains is this amazing game and the not less amazing fans. And fans it were, also working in the gaming business, that made it happen with the support of the Brothers themselves in the end that we have releases for Android, iOS and Windows today. 2014 marks the year when these new installments were made available on Good Old Games and Steam. Reason enough to thank the Bitmap Brothers again for creating this awesome game for us. And reason enough to polish up the ZZone a bit…

By the way, the website from back then is still up and running with most of the content still intact: 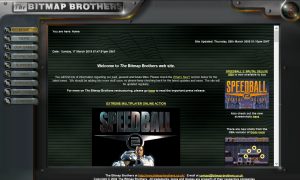